These pictures were taken in January of 2018.   A mother cougar killed a mule deer, then she and her kittens stayed nearby for a few days.  The pictures are from a trail cam placed in the mountains by Pathways.  Location data has been stripped out.

Amazingly, the camera caught the exact moment when the  cougar attacked the deer.  See the kill in the picture below.

Cougars will often cache a kill and stay in the area to feed on it for up to a week, or until another creature takes it.  Even after the cats leave, many other creatures find food from their kills.

In this case, mom was able to feed her kittens.

The kittens play, while another cat (probably Mom) looks on.  The eyes can be seen above the kittens toward the left of the picture.  This is also where the deer carcass is cached. 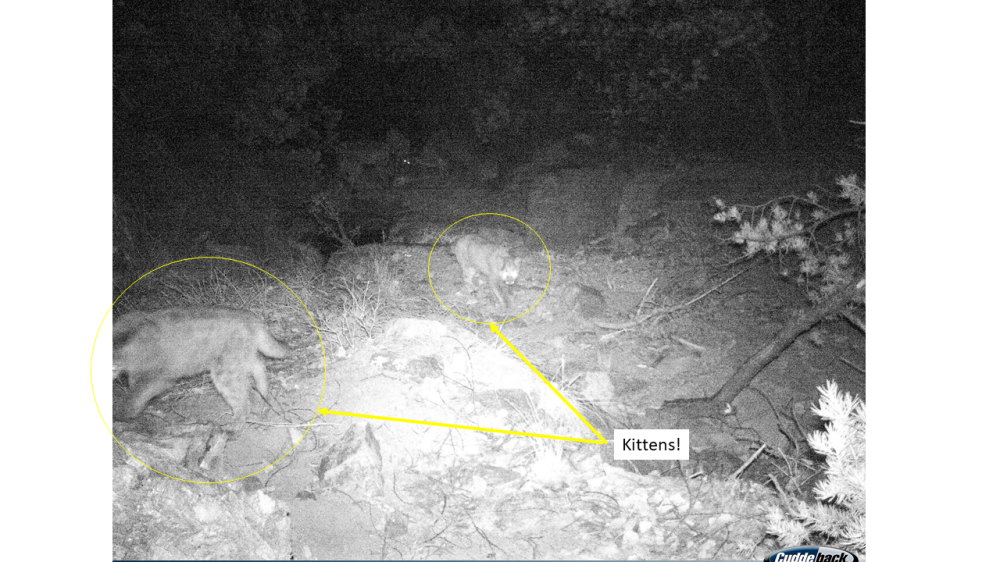 The kittens still have their spots, putting them at possibly(?) three months of age.  Cougar kittens are born totally helpless, unable to hear or see.  The spots help camouflage the kittens from predators, especially since mom needs to go off to hunt, leaving them in a den.  They are usually weaned between 2 and 3 months of age.   They will stay with mom for up to two years.

This next picture is of one of the kittens in daylight.

The next several pictures are of the kittens playing! 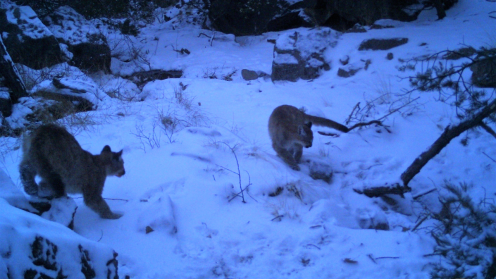 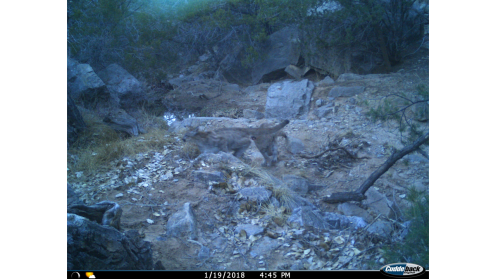 Chance is often stacked against cougar kittens.  I do hope these guys make it!

These pictures are taken as part of several conservation efforts, including one which attempts to understand the corridors that wildlife uses when traversing through New Mexico.