Part of obtaining a Master Naturalist certificate is completing a service project.  I chose to do my service project at the University of New Mexico (UNM) Museum  of Southwestern Biology – or MSB for short.  This museum is a research facility at the University of New Mexico.   In this clip, David Attenborough explains how a research museum supports the study of nature.

Specifically, I work in the Division of Mammals, which has an extensive  collection of specimens.  The animal skins and skeletons are kept along with any other  information collected from them such as DNA or parasites.  All of this information is collated so that a researcher can examine the individual animal, or look at factors influencing where the animal lives, or study disease vectors carried by certain parasites from the animals to humans.  Researchers from all over the world use this information in their studies.

One collection is the Rausch collection.  Robert L. Rausch studied disease vectors between rodents and native people of Alaska and Russia.  He collected about 50,000 specimens during his studies.  He and his wife had a good relationship with UNM, and when he died, she donated the collection to UNM.

The rodents I’ve seen in the Rausch collection include Singing Voles, Pika, Collared Lemmings, and Tundra Voles.  Here is a picture of one  tray. 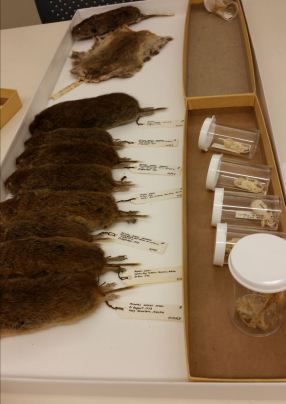 A lot of cool stuff happens at the MSB.  People study everything from sloths to birds. In addition, animals that have died at zoos, in the wild (and are found in time), or from other causes are brought in.  In many cases, the skins are removed and the bones cleaned (in a bug vat – the bugs eat off the flesh!) and  genetic information is collected.  This information is also entered into the database so it can be used in research.

Today, an ornithology class was held in the museum.  I listened in and learned a bit about pigeons!  The rock pigeon (aka rock dove) we see in the US is essentially feral in that it escaped from the bred pigeons brought over from England.  The pigeons lived on rocky cliffs in England, and this helped them adapt to city living.  Some pigeons have spots on their back feathers due to being cross-bred with an African pigeon a  long time ago.

In wandering the halls, I’ve found some interesting taxidermy.  Here are some pictures.  First, lions, native to Africa. They don’t exist in the Americas outside of captivity. 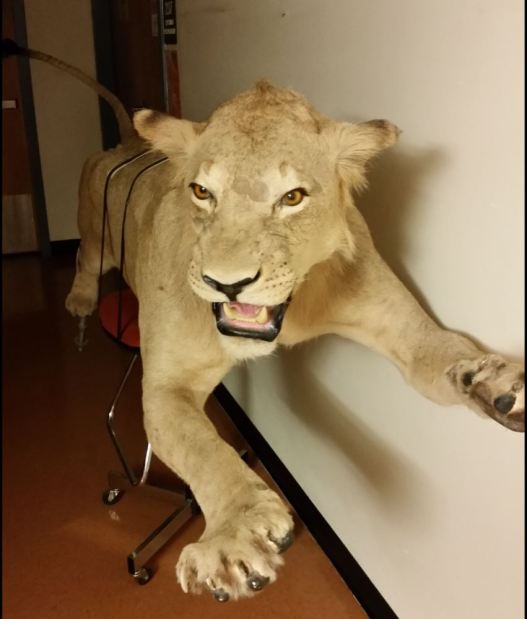 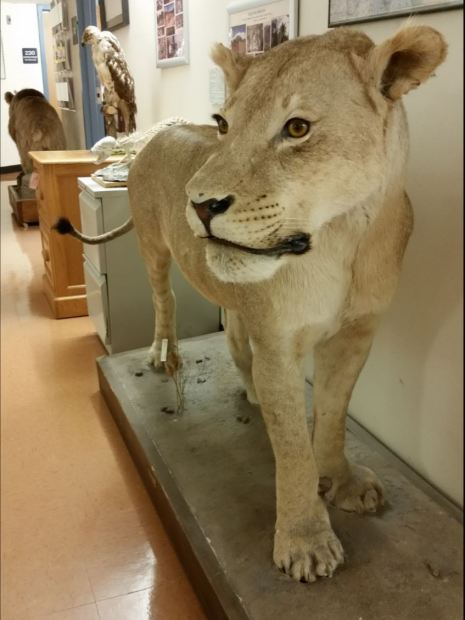 Cats native to the Americas include the Jaguar, Cougar, and Bobcat.  The Mexican Gray Wolf (aka Lobo) is also shown in the pictures below, as is an Otter. 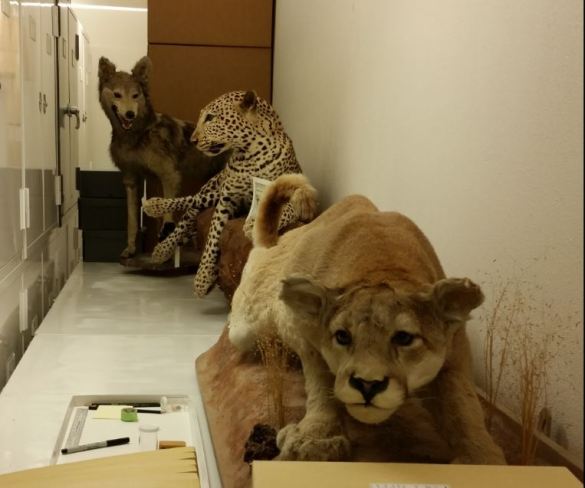 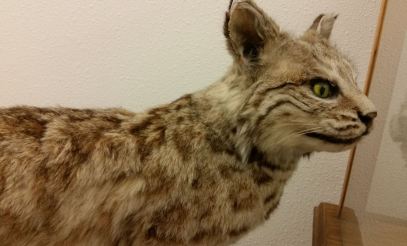 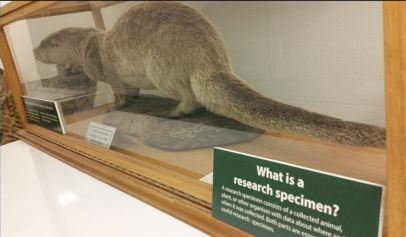 This museum is a national and New Mexican treasure, providing resources to biology researchers everywhere.

One thought on “Museum of Southwestern Biology”